ADUs (Appogee Divisional Units) are designed to represent divisions within your company. However, when ADUs are first enabled, you will need to move data (Teams, in particular) to the relevant ADU.

It is suggested that when your ADU/Team structure has been configured, that moving data between ADUs is kept to a minimum. 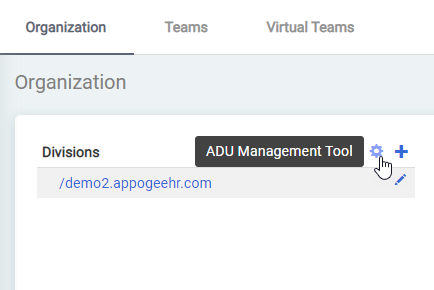 The ADU Management tool allows the following data to be moved to different ADUs:

In order to provide the most flexibility, Appogee HR allows data defined at a higher ADU to be inherited down the hierarchy. To ensure ease of administering ADUs it is important to understand the following rules when configuring ADUs within Appogee HR.

To begin moving data, you must select the type of data you wish to move, and the ADU from which data currently resides in (i.e. the source ADU): 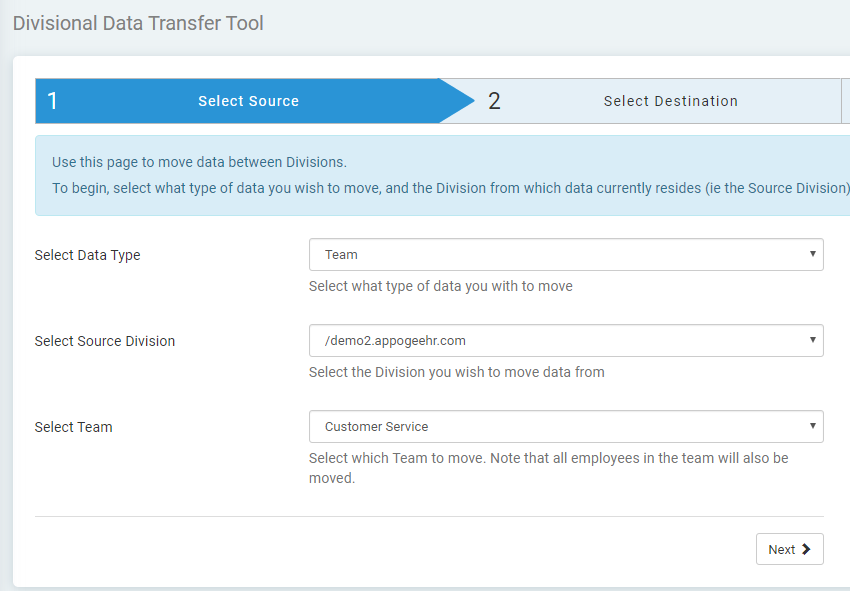 Once you have selected the data you wish to move, you can then click on the 'next' button to then select the destination ADU:

Once you have specified the destination ADU, the next step will be the validation checks. This section will check to see if there's any issues with making this data move and will provide you with information of what data is failing the validation.

You will receive a validation error, due to the following:

Once the validation has passed, you will receive the following message:

By clicking on 'confirm move', the data will then be moved from the source ADU to the destination ADU specified.